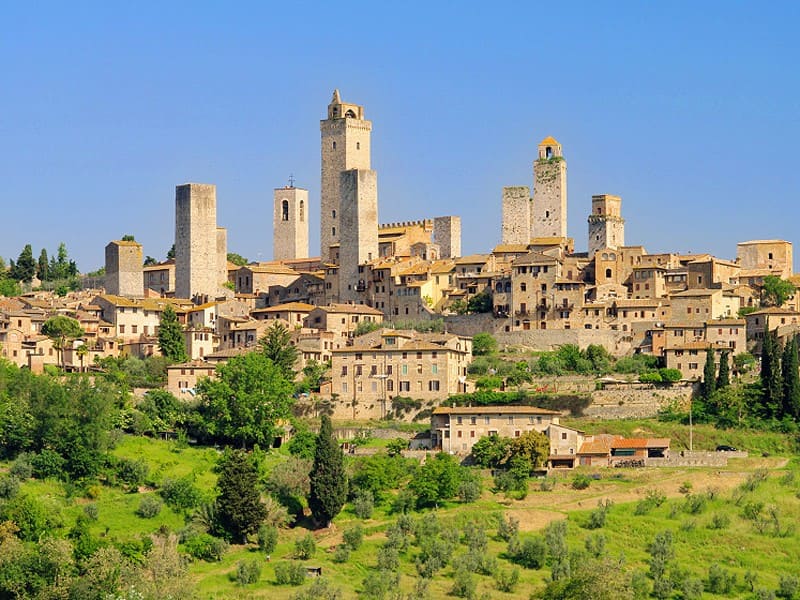 The Devil’s Tower in San Gimignano

Perched oh a Tuscan hilltop, dominating the Elsa Valley and surrounded by spectacular open countriside, the village of San Gimignano is an extraordinary example of perfectly preserved medieval architecture.

It is probably one of the more beautiful and best-known medieval village in whole Italy, and may be rightly considered one of the symbols of Tuscany itself. 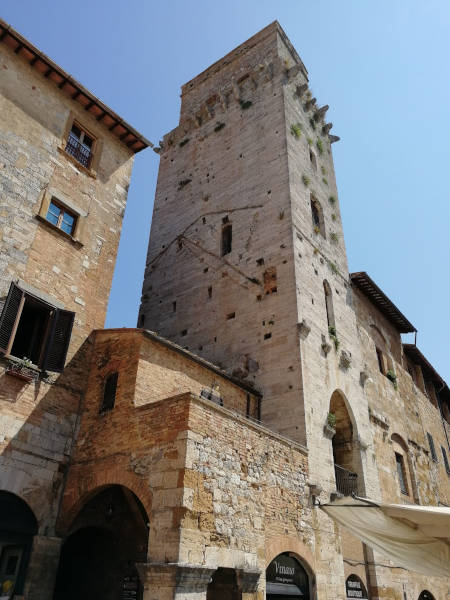 The medieval Towers of San Gimignano

Its incredible skyline of towers, built from the 12th century during a period of rivalry between the feuding nobles, can be seen even from a far distance. These imposing and beautiful towers give you the sensation that time has stopped and you can embark on a journey back to the Middle Ages.

Originally the towers were so many as 72; they were a symbol of wealth and power among the various rich families of San Gimignano.

Among the 15 survived towers and the many tower-houses, we note the Torre Grossa (the Big Tower) of the Palazzo del Popolo, from which you can enjoy a spectacular view over the borgo, the beautiful Salvucci Towers, very close to each other, and the Ardinghelli twin Towers.

But surely the most fascinating is the so-called Devil’s Tower (Torre del Diavolo), facing the Piazza della Cisterna.

According to the legend this beautiful tower was built by the devil itself: its owner went on a long journey and when he came back home, he was very suprised as he found his tower to be much taller; he was convinced that this could be only the work of the Devil, who had worked on the tower during his absence.

San Gimignano is a vision of medieval perfection, and its incredible and uncommon towers represent just one of its many treasures….

Get more information from our Guide to San Gimignano’s Top Sights.